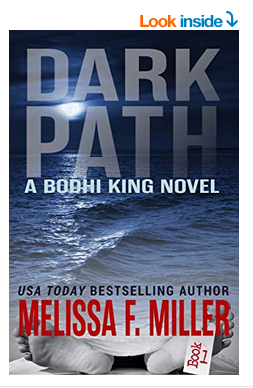 Zoey Mathers had everything going for her until one night she lost
her biggest client, her job, and her reputation. Leaving her life up to
fate, Zoey closed her eyes and pointed. She would serve out her career
exile in the small mountain town of Moonshine Hollow where moonshine
flowed as freely as a mountain stream. Giving up the law to become a
baker in Moonshine Hollow turned out to be the best thing Zoey had ever
done. She was happy and enjoying life in her new small town. But Zoey
should have learned the first time . . . one night can change your whole

A memoir from a retired firefighter about firefighting, rescue calls and life around the firehouse.
It’s not all about fire – that’s lesson number one.
No,it’s a collection of things: assisting an injured person at three
o’clock in the morning, calming a child in a traumatic situation, saving
the belongings of a family from the ravages of a fire, seeing people in
every heartbreaking situation imaginable and trying to help them, while
not losing yourself in the process…

Piper Lancaster might be Asheville’s most popular ghost whisperer,
but she’s an unbeliever. While her clients believe she’s exorcising
their ghosts, Piper knows she’s really helping them settle their inner
demons—because any sane person knows ghosts aren’t real. After the
astonishing reappearance of the ruins of the Lost Colony of Roanoke,
belief in the supernatural is at an all-time high, and people are seeing
ghosts in every shadow. Business is better than ever…

Joanna Marks always had a knack for terrible timing. After all, she
did get pregnant and run off at 16. With her husband recently deceased,
she and her child head back home ten years later… just in time for the
invasion. Sheriff Wayne can never share how he’d known about the Chinese
forces before they stormed his beloved little Florida town. The locals
would think he was crazy. However, when their harmless city is put under
military lockdown, he’s not the only one who finds the whole invasion

Her ideal men are long dead, but apparently it’s time to get back to
the land of the living. Archeologist Melody Simmons spends her days
sifting through shit…fossilized werewolf shit. Since her last romance
ended badly, she’s been off men… the ones that haven’t been dead for a
couple of hundred years anyway. Close to proving that her current site
is significant, she is blindsided when her cousin books her a blind date
through an exclusive agency. Knowing some battles are better left
alone, she doesn’t expect much… a nice meal and an overnight stay at a
fancy hotel… instead, she finds her date is hotter than hades and better

Rick Black and Jake McShane are former law school classmates with
very different approaches to life and the law. Rick is a brilliant,
ultracompetitive trial lawyer who believes winning is everything. He
openly mocks the legal system, claiming that a lawyer who is a great
storyteller can fool a jury every time. He is determined to exploit that
weakness in our system, regardless of the havoc that wreaks on innocent
lives. When an upstanding pillar of the community is victimized by
Rick’s unscrupulous tactics, Jake is determined to bring his former
classmate to justice—if he can do so without sacrificing his own

Ivy and Carrie love their new classroom even if the new teacher is a
little strange. When Mrs. Huffity asks for volunteers to care for an
egg, Ivy doesn’t budge. She’s had a few scary dreams about that egg and
wants nothing to do with it. But when trouble comes, Ivy defends the
egg. In her desire to save the baby that hatches, Ivy is tossed into the
middle of an adventure. She discovers more than she ever wanted to know


about fierce winds and fiery dragons…

Practicing Buddhist and retired forensic pathologist Bodhi King seeks
peace. But death keeps finding him. After solving a series of
unexplained deaths and exposing a sordid political scandal, Bodhi
retreated from the limelight. Permanently, he thought. But now he’s
called out of early retirement to help investigate a death cluster on a
private island in the Florida Keys. Healthy residents of a ritzy
assisted living facility are dying in the middle of the night … their

Cora Miller is fiercely independent and stubborn to a fault. Betrayed
more than once by men she thought she could trust, she’s learned to
rely only on herself. As the oldest of four siblings, she feels
responsible for leading her family safely on the Oregon Trail for a new
start. Nathaniel Wilder is no stranger to the hardships and dangers of
the wilderness. Raised with his brothers by a trapper in the remote
mountains, he left behind the mistakes he’s made in the past. He’s been
called reckless and irresponsible, but won’t hesitate to help someone in

Assistant District Attorney Dillon Stockdale is on the phone with his
daughter when an EMP obliterates the entire electrical grid of the
United States. Anything relying on a computer is fried, including the
plane his daughter is on. Gripped with the terrifying realization the
plane has crash-landed somewhere in the expansive and dangerous
landscape of Louisiana’s Atchafalaya Basin, Dillon sets out to rescue